If there are two top-rated supplements, it’s creatine and pre-workout. If you’re serious about your gains, they are foundational products. For many bodybuilders and athletes, putting creatine in pre workout is an easy way to take it. Or, you can use the best pre-workout with creatine already part of the formula.

This article will look at the reasons why creatine in pre workout is super beneficial. We’ll also break down the best creatine pre-workout currently available.

Creatine is a non-protein substance that occurs in fish and meats. The liver, kidney, and pancreas synthesize creatine. It's manufactured from three amino acids: arginine, glycine, and methionine. (1)

What Does Creatine Do?

Creatine has several benefits. One is pulling water into the muscles. This is also known as cell volumizing. It also promotes water-based pumps. It’s common to find both nitric oxide boosters and cell volumizers in one pre-workout or pump enhancer.

For many bodybuilders, this is enough reason to use creatine in pre workout. After all, everybody wants a great pump!

The History Of Creatine

The French scientist Chevreul discovered creatine in 1835. He chose to name it "Kreas" after the Greek word for flesh. It wasn't until 1847 that creatine was first connected to muscle tissue. Then, in 1922, the scientist Andrew Hunter reviewed human studies that dated back to 1910. In these 1910 studies, test subjects were “loading” creatine. They did this by taking up to 20 grams a day for 6 days.

In 1926, another scientist, Chanutin, detailed case studies where human test subjects also loaded creatine. They were taking it 4 times a day for 10 days. In the 1970s, researchers believed insulin might be involved in creatine uptake. In 1992, a scientist named Harris reviewed the insulin-creatine connection again. (2,3,4) We'll look at creatine as a bodybuilding supplement shortly. 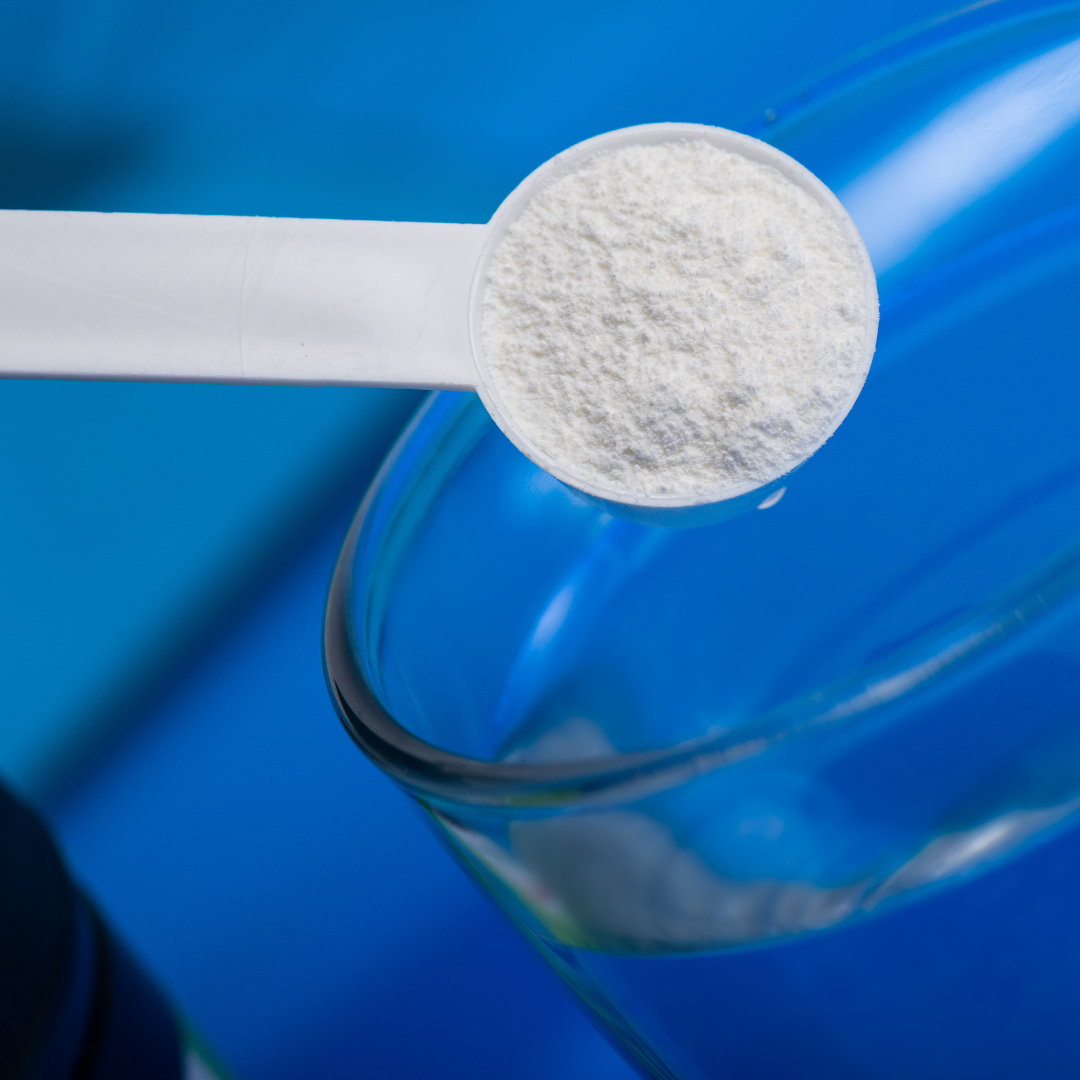 The History Of Pre Workout

In 1982, the first pre-workout, Ultimate Orange, hit the market. (5) This was a long way from the best pre workout with creatine you’ll see today. Mainly, it was an overloaded stimulant. It did not really improve performance or stimulate pumps. Still, like creatine, it created a huge supplement category.

Is Creatine A Pre Workout?

You can use creatine as a pre workout. However, it is the type of pre-workout that most are familiar with. Once you’ve been using it for a while, it saturates your muscles. This is because you will have completed a  loading phase. Then, you will take it once a day. This means it doesn’t matter when you take it because ample creatine will be available for your muscles to use as needed.

It is best to think of creatine and pre-workout as separate supplements. However, combining them is a part of a complete pre-workout formula.

What Is The Difference Between Creatine And Pre Workout

Creatine is a single ingredient supplement. Most of the time, it’s taken to promote mass gains. A pre-workout is a formula. The best pre-workout will contain several complexes. These should include an energy complex, focus complex, and pump complex. There should also be an endurance and performance complex.

Can You Take Creatine With Pre Workout?

You can take your daily creatine dose with almost anything. That includes taking it with your pre-workout. In fact, some hardcore bodybuilders combine other things with their pre-workout. Besides creatine, this can include  BCAAs and glutamine.

How Does Creatine Help Pre Workout

Creatine adds to the pump complex of your pre-workout. Does your pre contain nitric oxide boosters, cell volumizers, or both? Creatine is the original cell volumizer. Take it with such ingredients as betaine, taurine, and Hydromax glycerol. That will enhance the water-based pump, or cell volume, effect.

The Best Pre Workout With Creatine

Black Powder Pre-Workout is the best pre-workout on the market. It goes without saying it contains creatine. Black Powder contains more than one type of creatine. Let’s take a look at the types found in Black Powder:

Creatine Monohydrate is the original version. First introduced back in the ’90s, it took the market by storm. Back when it was new, the big thing was ultra-high calorie weight gainers. Creatine is a zero-calorie supplement. You can no doubt imagine the irony. There was a zero-calorie muscle builder at a time when dog-food-sized bags of weight gainers ruled.

Creatine MagnaPower® - This is a blend of creatine monohydrate and magnesium. This form enhances creatine absorption.

We know that regular creatine monohydrate stormed the supplement industry. This caught many manufacturers off-guard. After all, it had no calories. How could it compete?

IIt not only competed, but it also changed the industry. Most companies responded with new forms of creatine. They were all designed to be better absorbed than regular monohydrate. MagnaPower touts superior absorption. It also helps the body create ATP faster.

The combination of two types of creatine does two things. It improves both water-based pumps and increases endurance.

Black Powder provides flexible dosing. One scoop supplies 4g of creatine monohydrate. The max two-scoop serving supplies a huge 8g dose! Would you expect anything less? That's especially true given the history of MRI ®, NO2, and creatine.

A Closer Look At Creatine And ATP

Your muscles store creatine naturally as creatine phosphate. This means it functions as a part of the ATP-CP system of energy. The ATP-CP System is also called the Phosphagen System.

Muscle cells contain as much as 6 times creatine phosphate as they do ATP. You could say that skeletal muscle needs creatine. Of course, we know that ATP is the immediate energy source for muscle cells. This is true for both high and low-intensity activity.

However, it takes less than a second for your body to burn its reserve of ATP. Enter creatine phosphate. Your body has a small reserve of creatine. Your muscles will quickly convert it to usable ATP. However, this will power a maximum effort for only 3 to 15 seconds.

As you can see, the Phosphagen System is used for shorter duration forms of exercise. This includes intense bodybuilding training. Creatine is popular as an endurance enhancer. That's one of the main reasons you will find it in the best pre workout with creatine. (6)

Why use creatine to improve muscle cell energy production for bodybuilding training? The reason becomes obvious when you consider the synthesis of creatine. There's a regulating enzyme known as creatine kinase that breaks down creatine. This process separates the phosphate molecule from the creatine molecule.

Phosphate then attaches to ADP and then converts to ATP. Your body can manufacture new ATP through this process. It can take up to 4-5 minutes for this to occur. (6)

Of course, the time of day you take your maintenance dose is up to you. You can choose to take it 30-40 minutes before your workout on training days. On off-days, you can take it around the same timeframe.

What Else Does Creatine Do?

Creatine in pre workout or by itself has several additional benefits. Let’s take a look.

Can You Take Creatine If Your Pre Workout Already Has Creatine In It?

Yes, you can take creatine in your pre workout even if you use it separately. How does that work? First, you should be taking in 5 grams of creatine per day. This assumes you've done your loading phase. It also assumes you’re using the original, time-tested creatine monohydrate version. Remember, this is the version that started it all!

On your training days, you should get your creatine from Black Powder only. On your off-days, you can take your daily creatine dose.

Bodybuilders should stack the best pre workout with creatine with a pump booster. The best pump booster on the market is NO2 Black. MRI Performance NO2 Black contains a powerful complex of nitric oxide boosters. And, it contains HydroMax® Glycerol, a cell volumizer like creatine.

In fact, Black Powder also contains the osmolytes betaine anhydrous and taurine. This means that between the two products, you’ve got four-cell volumizers. Plus, you’ve got a powerful nitric oxide complex of citrulline, agmatine, S7®, ornithine, and Nitrosigine™. What a combination of effective ingredients! 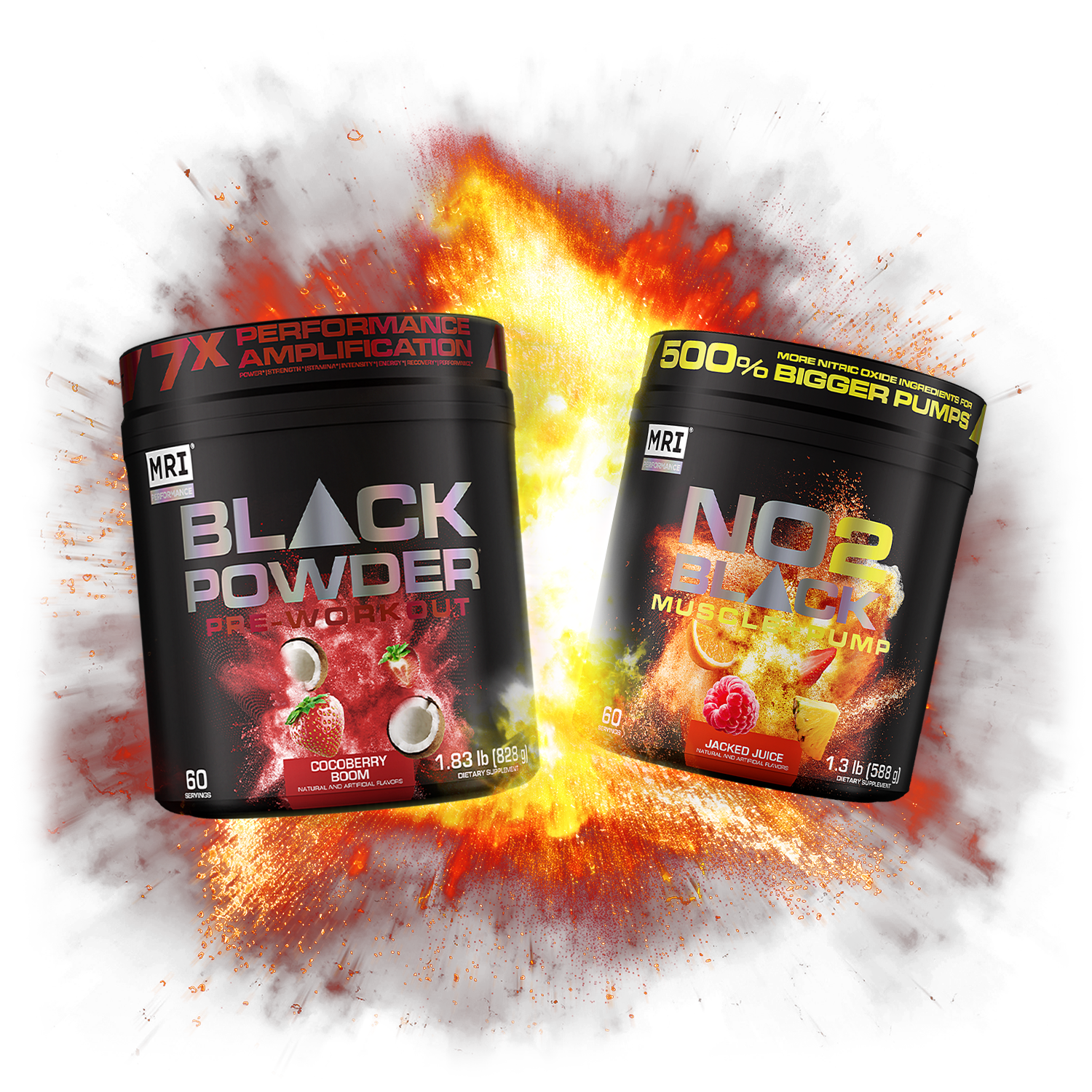 We’ve seen how effective creatine is. The combination of creatine and pre workout is a powerful addition to your training arsenal. We know we can take creatine with pre workout, such as Black Powder, stacked with NO2 Black. This is the best combination to get the results you’re looking for. Both of these supplements are powerful when taken individually. Yet, a creatine pre workout and N.O. booster stacked together? That can be the difference between a good workout and a great one.

Isn't it time to add Black Power and NO2 Black to your arsenal? What are you waiting for? Shop MRI Performance for all your pre-workout needs!