Nitrosigine is one of the most effective nitric oxide boosters to hit the market in years. It’s patented, clinically proven, and certified safe. If that’s not enough, it has 10 patents that cover multiple uses. Not to mention, the company behind these patents has won numerous awards for this exciting supplement.

With all that in mind, one of the most exciting things nitrosigine has to offer are pumps that extend hours beyond your workout. Sounds great, right? Let’s dive in and learn more about this exciting ingredient. 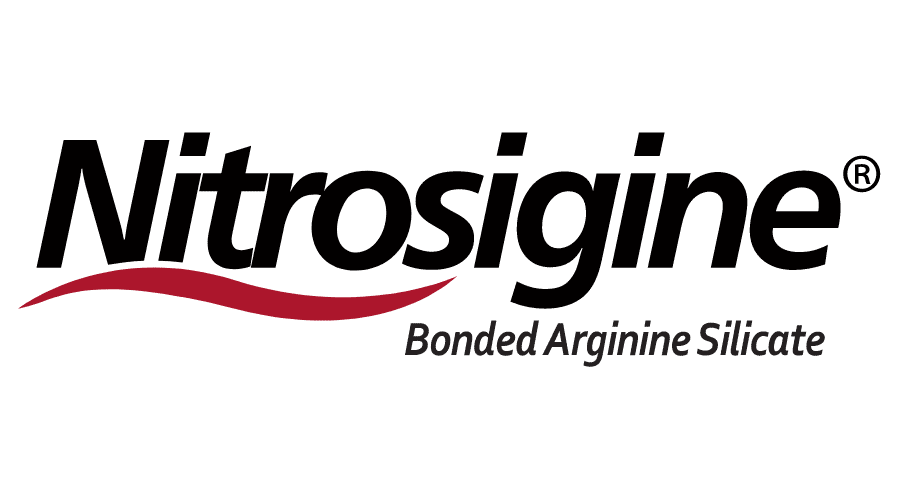 What Is Nitrosigine Used For?

Nitrosigine stands out from the crowd because it can increase blood levels of arginine within a half-hour. More importantly, and this is big, it keeps blood levels elevated for up to 6 hours. No, that’s not a typo. Your muscles will feel tight, look vascular, and look pumped for 6 hours! How’s that for a great pump? (2)

First, it’s important to understand that arginine is required by the body to create nitric oxide. As you may know, N.O. expands blood vessels and increases blood flow. This promotes the fabled pump and increases vascularity. N.O. also increases nutrient and oxygen delivery to the muscles you’re training. Additionally, it helps remove waste products. This improves performance and supports recovery.

MRI Performance invented the category when we introduced the original NO2. The active ingredient in this legendary product was arginine. Since then, every supplement company on the planet has released nitric oxide boosting compounds. The focus of these companies has been to market compounds that increase NO better than arginine.

This is a similar scenario to the story of creatine monohydrate. Since creatine monohydrate came out, everybody has tried to come up with variations that work better. This is not surprising, taking a compound as far as possible is the name of the game for supplement manufacturers.

As mentioned, citrulline is one of the big names when it comes to getting a great pump. Some consider it to be the most effective pump ingredient available. Nitrosigine vs citrulline: let’s see how they stack up.

Nitrosigine™ - As you know, this patented complex consists of bonded arginine and silicon. The primary advantage of nitrosigine over citrulline is that it extends the pump and increases vascularity for 6 hours. Additionally, it works within 30 minutes of the first dose.

L-Citrulline - In comparison, citrulline has an interesting way of working. Once in the body, it converts to arginine. The impressive thing about citrulline is that it does arginine’s job better than arginine can. It absorbs better than arginine. It also is a more effective nitric oxide booster. There’s no doubt that citrulline works exceptionally well. Yet, it does not have the benefits of nitrosigine. (3)

Should You Combine Nitrosigine With L-Citrulline?

Both compounds work very well, and both should be in a comprehensive pump enhancer. It isn’t about which one is better, it’s about using both of them for the best results. Take that mindset even further, and it’s about a complete, balanced formula designed to promote huge pumps.

What product does this the best? NO2 Black Muscle Pump is the ultimate pump enhancer. NO2 Black features flexible dosing. You can get great results using 1 scoop. However, 2 scoops give you the most intense dose. A 2-scoop serving provides a huge 8g citrulline and 2g nitrosigine. Now that’s a serious dose! Combine that with other effective pump ingredients, and you can see what makes NO2 Black so good.

Considering its effectiveness as a pump ingredient, you might not think it goes beyond bodybuilding. Yet, there are nitrosigine health benefits. By this, we mean cognitive function. One of the interesting and recent uses of Nitrosigine is that it helps prevent cognitive decline. It also improves overall cognitive ability that relates to brain complications. These include dementia, Alzheimer’s, and traumatic injury to the brain. Of course, these mental benefits can translate to elevated focus in the gym.

Also, nitrosigine can improve your ability to mentally multi-task. Nitrosigine helps you think about multiple ideas at the same time. This is known as cognitive flexibility. According to the company holding the patent, nitrosigine has this effect within 15 minutes of taking it.

There are more nitrosigine health benefits. One of nitrosigine’s patents has to do with its ability to combat atherosclerosis and similar conditions. It makes sense, after all, nitrosigine and other nitric oxide boosters improve blood flow. In turn, this can support cardiovascular function.

Nitrosigine has quite a few studies that support its effectiveness. Here are 3 examples.

Study #1: Here's a study that looks at nitrosigine benefits related to exercise performance. (4)

This 4-day mini-study used 16 male test subjects. The study was double-blind, randomized, and placebo-controlled. Test subjects took either a 500mg dose of nitrosigine or a placebo 3 times a day. They also engaged in an intense leg resistance exercise program.

This study looked at the effect of nitrosigine on mental clarity and focus. It was a double-blind, placebo-controlled study conducted over two parts. Part one ran for 14-days and used 11 male test subjects that took either 1.5g of nitrosigine or a placebo daily. Test subjects completed cognitive ability tests daily.

The Nitrosigine group completed the cognitive tests 28% faster than the placebo group.

Part two of this study ran for 3 days and used 16 male test subjects. These subjects underwent exams also. Test subjects were given 1.5g nitrosigine or a placebo daily. The nitrosigine group improved cognitive function scores by 33%.

Study # 3: Here’s a two-week clinical study that looked at the benefits of nitrosigine related to cardiovascular health. (6)

If amazing pumps are what you’re after, a nitrosigine supplement as part of a balanced pre-workout or pump enhancer will get the job done. Make sure it has a complete approach to getting good pumps. The best product for pumps in general and nitrosigine, in particular, is NO2 Black Muscle Pump. Stack it with Black Powder, our perfectly balanced, highly explosive pre-workout, for an amazing training experience.